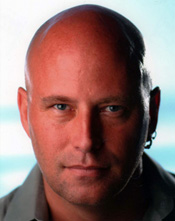 Over 30 Years of Success

"When you start a business, build it on what you know," says Ward Cottrell, the founder of MODELSCOUT INC. He knows the look of tomorrow and how to find it, which has proven to be the key to the agency's strength and success. Ward Cottrell used his extensive experience as a Model and Booking Agent to create his visionary concept for MODELSCOUT INC: Simply the Best Talent.

Ward, who debuted in the industry in New York and Paris as a top Ford Model, launched his booking career as an agent for Michelle Pommier Models in Miami. He was recruited to New York to aid in launching IMG Models with the prestigious title of Head Scout. Ward's reputation grew: He was known for having one the best eyes for discovering talent, for developing careers, and for representing the most successful and recognized faces in the industry.

He took his years of experience in the industry and pushed fashion forward. Envisioning a modeling agency that could represent models across the globe no matter if they lived in a small town or a major city, Ward Cottrell opened the doors of MODELSCOUT INC in 1991. While constantly networking with the fashion industry's leaders, MODELSCOUT INC discovers and represents models in New York, Paris, Milan, Tokyo, London, Los Angeles, Miami, Spain, and Germany.

MODELSCOUT INC, licensed in Florida, maintains a solid reputation in a fickle industry. Their models have graced magazine covers and have appeared in fashion spreads for Vogue, Elle, Harper's Bazaar, Mademoiselle, GQ and many others. Their models can be seen in make-up advertisements, perfume campaigns, and on runways across the world.

In an effort to reach their global clientele with greater ease, MODELSCOUT INC has capitalized on the power of the Internet to aid them in their constant search for the look of tomorrow.